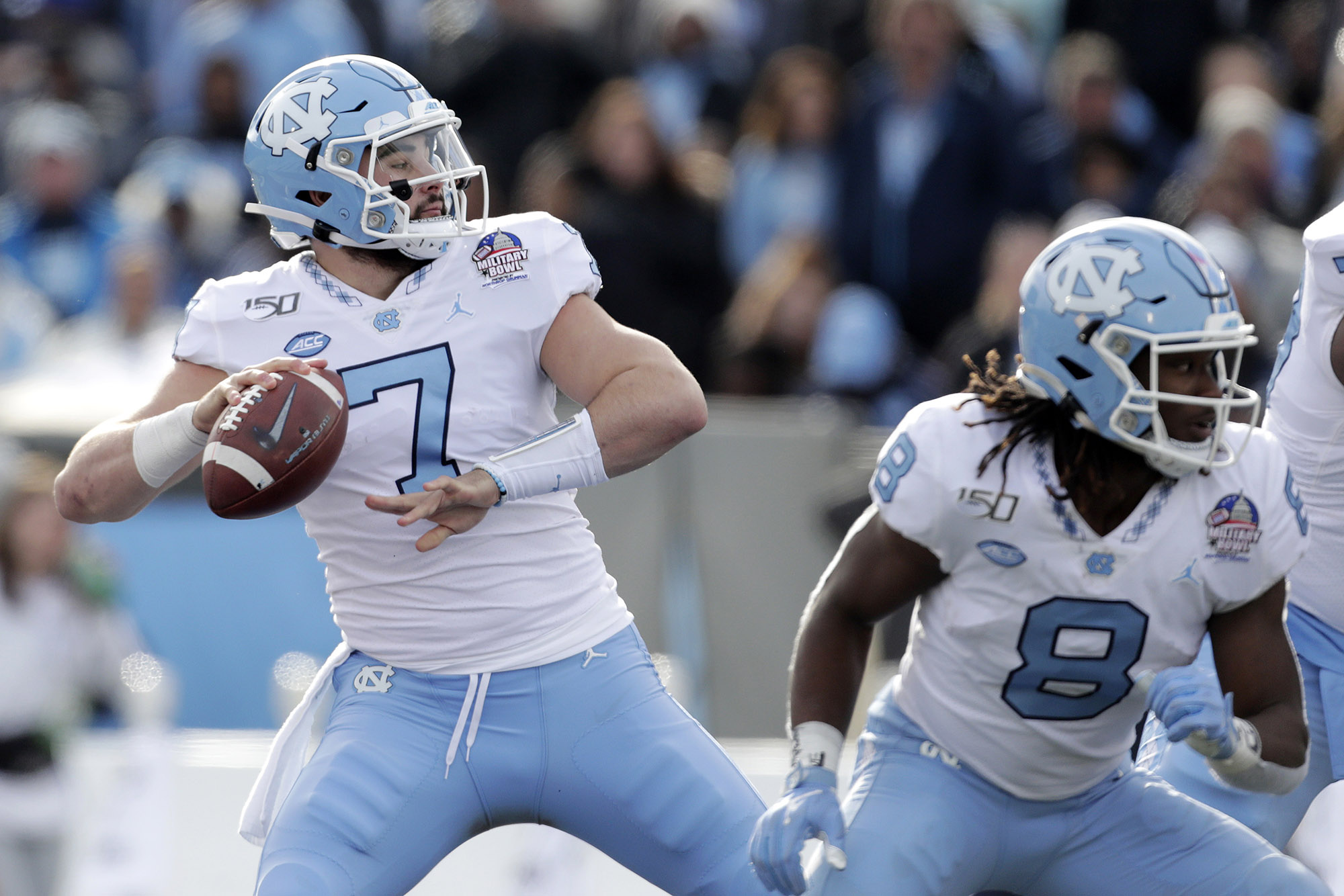 I was able to get North Carolina at -10 earlier in the week for its game Saturday night against Florida State in Tallahassee, Fla. Nevertheless, I’m confident in the Tar Heels as long as the number doesn’t drift north of 14.

More than anything, we’re fading this disaster of a Florida State squad. The Seminoles showed a little bit of life in last week’s 42-26 loss at Notre Dame, and they even picked up their first spread cover as 21-point underdogs. But that’s where FSU’s program is at these days — losing by 16 points is a moral victory.

Sam Howell was long-time verbal commit to the ’Noles until Mack Brown landed the UNC gig and flipped the QB on National Signing Day. What a coup that has proven to be!

Howell had a 38-to-7 touchdown-to-interception ratio in 2019 as a true freshman, and he’s completed 68.7 percent of his passes this year for 777 yards and six TDs. The Tar Heels have the country’s second-leading rusher in Michael Carter, who is averaging 137.7 yards per game on the ground at 10.3 yards per carry

That’s bad news for a Seminoles team whose run defense is ranked 61st nationally (194.3 ypg). I anticipate Howell and Carter to produce big numbers and the Tar Heels to win by at least 17-21 points.

L.A. schools can reopen for many special needs students

In a significant move to bring more students back to campus, Los Angeles County schools will be permitted to...

Bank robber flees with loads of cash in ex-Soviet Georgia

TBILISI, Georgia (AP) — Police in the ex-Soviet republic of Georgia were looking Thursday for a bank robber who...

Jennifer Lawrence Says She Was ‘Little Republican’ Until Trump ‘Changed Everything’

A fleet of Airbus SE A380 passenger aircraft, operated by British Airways, a unit of International Consolidated Airlines Group...

Here’s what you need to know:Families at a food bank in Vallejo, Calif., on Wednesday. Every week, more Americans...