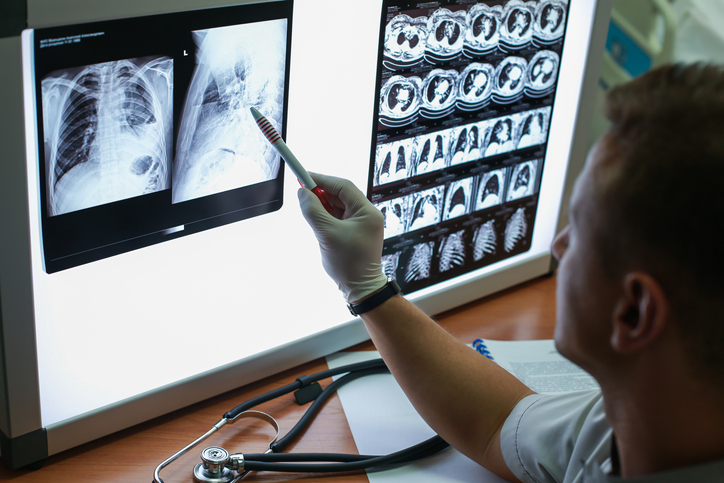 Radiology startup Aidoc received its sixth FDA clearance — and an important first for the company. The Tel Aviv-based startup got the green light to use its AI triage solution to detect incidental pulmonary embolism in CT scans — flagging cases that physicians didn’t originally suspect.

Pulmonary embolism (PE) occurs when a blood clot gets lodged in one of the lung’s arteries. Prompt diagnosis and treatment is critical.

Aidoc already had a cleared solution to detect pulmonary embolism, but that was for dedicated exams where patients received CT scans specific to that condition.

Flagging incidental findings is a much trickier technical problem because there are fewer unsuspected cases, and too many false positives could render the tool useless.

“There’s a reason why most AI triage solutions don’t focus on incidental findings,” Aidoc CTO Michael Braginsky said in a news release. “Because the prevalence of incidental findings is relatively low, the specificity of the AI must be especially high, otherwise the false positive rate will be excessive and user adoption will be negatively impacted. In addition, an incidental PE algorithm detects PE in non-dedicated exams, where contrast is by definition suboptimal, and there’s an extremely high variability of protocols which challenges the AI even further.”

The tool would flag incidental findings for further review by a radiologist.

“The ability to call the referring physician while the patient is still in the house is huge. We are essentially offering a point-of-care diagnosis of PE for our outpatients, with almost no extra effort,” Kallman said in a news release.

Anorexia nervosa is considered the deadliest of all mental illnesses. (Photo source: iStock) Severe eating disorders are the only...

CarepathRx Acquires Pharmacy Operations of Chartwell from UPMC for $400M

What You Should Know: – CarepathRx will acquire the University of Pittsburgh Medical Center’s pharmacy operations in a $400M...

We are a people of quick fixes and magic bullets. We want what we want, and we want it...

On November 19, 2020 Catalyst @ Health 2.0 hosted the finals of the RWJF Emergency Response Challenges, one for...

Growth in Medicaid MCO Enrollment during the COVID-19 Pandemic

This data note looks at state Medicaid managed care enrollment data through September 2020 to assess the impact of...

President Trumps Legacy of Mismanagement of the Pandemic — Global Issues

Borrowings: Six ways a higher credit score can benefit you

Giuliani Is Said to Have Discussed a Pardon With Trump