Snapdragon Processors Have a Future in Chromebooks

Microsoft and Qualcomm have spent years positioning Snapdragon-powered laptops like the Flex 5G and Microsoft Surface Pro X as superior to their Intel-powered counterparts, to limited success. Windows software compatibility issues with Snapdragon’s ARM architecture make such laptops sluggish to use, a critical flaw given their often-astronomical price tags.

So Qualcomm quietly shifted gears to move Snapdragon laptops away from their original premium flagship focus, and toward low-cost workhorses for schools and consumers who care more about price than performance. In late 2019, it introduced two lower-cost Snapdragon processors, the 8c and 7c, to complement the 8cx intended for flagships like the Yoga 5G. Initially, it appeared that shift wasn’t bearing fruit, with only two low-cost, obscure 7c models—the JP.IK Turn T101 and Positivo Wise N1212S—slated for sale this year.

But then the coronavirus pandemic happened, triggering laptop manufacturing and supply issues at a time when millions of students started to need new laptops to attend classes from home. Schools and students are the heart of the Chromebook market, and ARM-based processors from the likes of other chip companies, such as MediaTek, have long powered the cheapest Chromebooks. So why not pivot the Snapdragon 7c to Chromebooks? 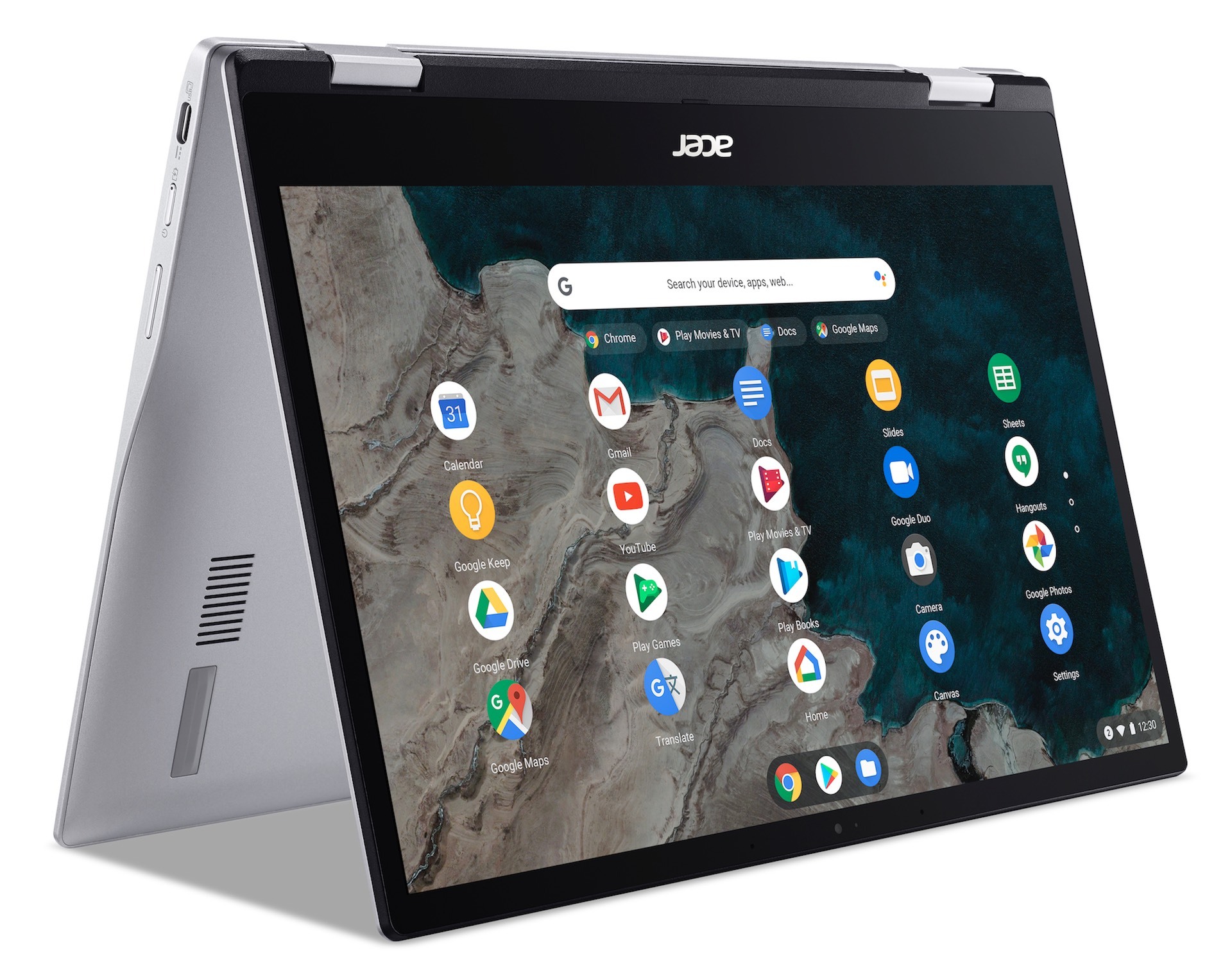 That’s what Qualcomm decided to do. The first 7c-powered Chromebook, the Acer Chromebook Spin 513, is slated to go on sale in February at a starting price of $400. It’s a sleek, 2.64-pound ultraportable laptop with a 360-degree folding hinge. It’s not a screaming bargain—the bottom of the Chromebook market hovers around half that price. But it will be the cheapest Snapdragon laptop by far, and it will still include niceties that include a rated 14-hour battery life, a Gorilla Glass-coated panel, USB Type-C, and optional LTE connectivity.

Chromebooks don’t need a ton of computing power, especially ones aimed at students, who typically do a single task at a time, like attending a Zoom class or writing an essay. But it will still be interesting to compare a Snapdragon 7c-powered model like the Spin 513 to the legions of MediaTek and Intel Pentium models currently on offer.

The Snapdragon 7c’s Kyro 468 compute unit has eight processing cores, compared with the two cores in most Intel and MediaTek models. And unlike the painful process of transitioning Windows software to run on ARM chips, the Chrome operating system has been ARM-compatible from the beginning. So there won’t be major software issues to overcome.

Through the Pandemic and Beyond

Qualcomm isn’t the only chip maker focusing on Chromebooks right now. AMD also recently announced that it is bringing its much-lauded Ryzen processors to Chromebooks. The fourth-generation Ryzen chips ended up overshadowing Snapdragon ones as the chief alternatives to Intel’s Core CPUs in the market for premium Windows ultraportable laptops this year. With Intel, AMD, Qualcomm, and MediaTek now offering Chromebook processors, the market is likely to gain a jolt of attention at a time when consumers need it most.

As for Snapdragon flagships, Qualcomm and Microsoft aren’t completely abandoning their original plans for premium ultraportable laptops with always-on cellular connectivity. Microsoft is still working with app developers to improve ARM compatibility. And once the pandemic is over, people will begin to travel again. Models like the Flex 5G, with its flagship Snapdragon 8cx processor, and the latest version of the Surface Pro X, with its Snapdragon-derived SQ2, will be ready.

Next up in hunt for COVID-19 vaccine: Testing shots in kids

SpaceX founder and CEO Elon Musk was given an award from media giant Axel Springer on Tuesday, and he...

With macOS Big Sur, you can make your HomeKit Secure Video camera notify you of movement only in selected...

Qualcomm Snapdragon 888 SoC integrates 5G, is coming to your next Android flagship smartphone

The big picture: For any company that has built an annual cadence of upgrades, it can be tough to...

The US Federal Bureau of Investigation says that cyber-criminals are increasingly relying on email forwarding rules in order to...

Next up in hunt for COVID-19 vaccine: Testing shots in kids

Automakers pledge to work with Biden to reduce emissions By Reuters

Sherwin-Williams: Take An Annualized Return Of 15+% In 2021 And Beyond (NYSE:SHW)