Climate Case Against Shell Begins In The Netherlands : NPR 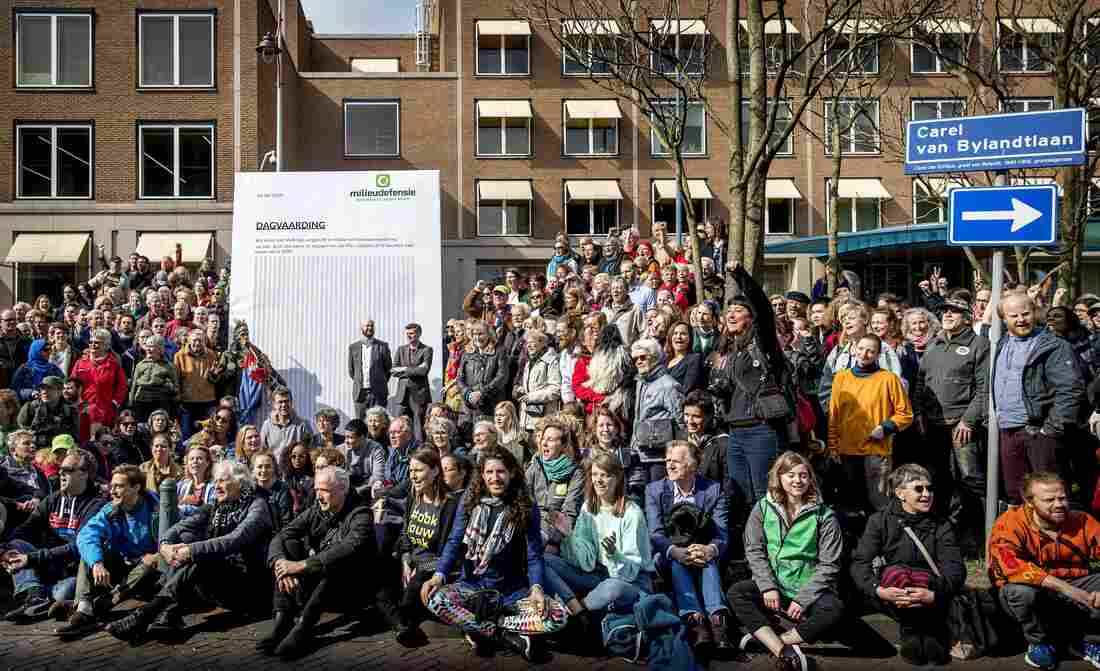 Dozens of activists marched to Shell’s headquarters in The Hague, The Netherlands, in April 2019, where they delivered a legal summons to the company. The civil case began Tuesday, with plaintiffs demanding the company reduce its carbon dioxide emissions. 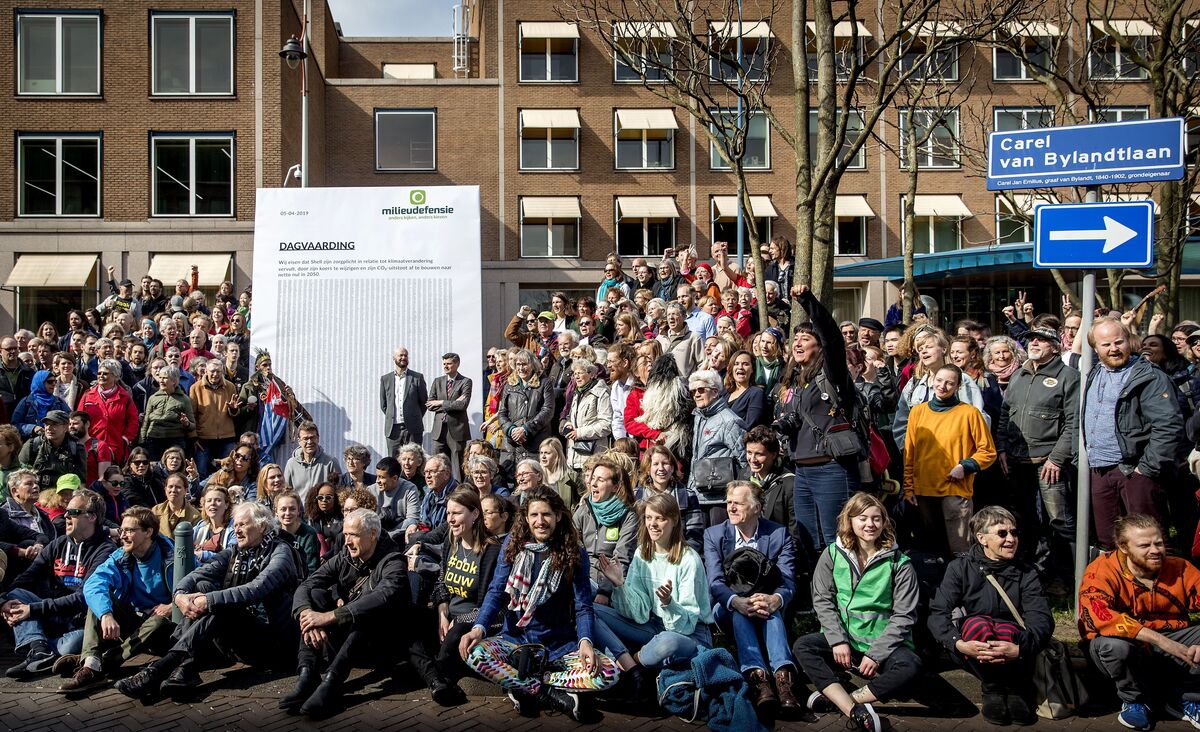 Dozens of activists marched to Shell’s headquarters in The Hague, The Netherlands, in April 2019, where they delivered a legal summons to the company. The civil case began Tuesday, with plaintiffs demanding the company reduce its carbon dioxide emissions.

In civil court in The Netherlands, hearings began on Tuesday in a case against energy company Shell that could have implications for future cases and the role of companies in meeting climate targets.

The case was brought by a group of seven environmental organizations and more than 17,000 Dutch citizens who are co-plaintiffs. The plaintiffs are demanding that Shell be forced to reduce its CO2 emissions by 45% by 2030 compared to 2019 levels.

Friends of the Earth Netherlands, or Milieudefensie, is leading the case. Royal Dutch Shell is an Angl0-Dutch company based in The Hague, where the public hearings are taking place in district court.

“This is a unique lawsuit with potentially significant consequences for the climate and the fossil fuel industry globally,” Friends of the Earth Netherlands director Donald Pols said in a statement. “We are confident that the judge’s final verdict will force Shell to adhere to international climate goals and stop causing dangerous climate change.”

Shell says that it agrees with Milieudefensie that action is needed on climate change – but it argues that a court order is not the way to accomplish that.

“What will accelerate the energy transition is effective policy, investment in technology and changing customer behaviour. None of which will be achieved with this court action,” a company spokesperson said in a statement to NPR.

Shell has pledged to be net zero emissions by 2050, and points to its investments in biofuels, offshore wind and solar generation, and reduced emissions in its operations.

It says it is moving “in step with society” and frames the issue around customer choice. “As well as continuing to supply oil and gas that the world needs, we are working to offer customers more, lower-carbon products,” the Shell spokesperson says.

Last year, a major court decision in the Netherlands laid the groundwork for further climate litigation. In the Urgenda case, the Dutch Supreme Court ruled that the Netherlands must reduce its emissions by at least 25% before 2020 compared to 1990 levels.

Pols says the lawsuit against Shell is a groundbreaking one.

“This is a historic moment because we are backed by so many people. This is actually ‘the People versus Shell’, a company that has got away with greenwashing for too long. This case will make it clear to everyone that more than 95% of what Shell does is causing dangerous climate change. This has to change as soon as possible.”

There will be four days of public hearings throughout December; the next is on Thursday.

Under Dutch law, the plaintiffs will need to prove an alternative business model is available for Shell, The Guardian reports: “They will point to the changes made by the energy company Danish Oil and Natural Gas, which announced it would transform from a fossil-based to a renewable energy company under a new name, Ørsted. The company is said to be growing rapidly while its carbon emissions are decreasing rapidly, with a goal to reduce them by 96% by 2035.”

Where is the Qualcomm Snapdragon that will challenge Apple’s M1 Macs?

Drugmaker Eli Lilly says its COVID-19 antibody drug can prevent illness among residents and staff of nursing homes and...

Twitter refused to take down widely shared pornographic images and videos of a teenage sex trafficking victim because an...

U.S. infectious disease expert Dr. Anthony Fauci informed the WHO on Thursday that the U.S. will not be leaving...

A group of more than 50 wineries and restaurants across Napa and Sonoma counties are suing to overturn a...

Where is the Qualcomm Snapdragon that will challenge Apple's M1 Macs?

Get the Retro Look for Less